The gorgeous and pristine Kenai Peninsula in Alaska is home to an old abandoned cannery town named Port Chatham. Some call it Portlock. The town is deserted, not because of economic reasons, but because of an unexplained evil spirit and a history of dead bodies washing up on shore. Stories of the evil creature date back to the founding of the town and this spirit is described as something similar to Sasquatch, with lots of hair and bipedal. The town was originally inhabited by the British Royal Navy in 1787. Sightings of the creature claimed that it was strong enough to rip trees up from their roots and that it would occasionally set them up with their roots to the sky. A mining camp named Chrome was set up nearby and a post office officially established the town in 1920. During the height of World War II, dead bodies started washing up around Portlock. And this wasn't just on the shores of the bay, but also in the rivers and lakes and even trails near the town. The bodies were mutilated and torn to shreds. Townspeople would just disappear to never be seen again. By the 1950s, people were so afraid that they just fled the town. Hunters who ventured around the abandoned town claimed to find 18-inch long human like footprints. The idea that Port Chatham was abandoned due to an evil Bigfoot-like spirit, certainly is odd!

This Day in History - Man Dies From Too Much Cheese

On this day, December 11th, in 1913, a man named W.S. Fiddler died from eating too much cheese.
Fiddler worked in the theater in Canada and one day he was helping move theater equipment. He wasn't feeling well and finally fell over, dead. He was only fifty years old at the time. An autopsy was conducted at the time and it was found that he had ingested too much cheese. His body apparently couldn't digest cheese very well and it had accumulated causing acute indigestion and eventually caused his heart to stop. We wonder if his tombstone reads, "Death by Cheese."


The USS Hornet is an aircraft carrier located in Alameda, California. It is named for a previous aircraft carrier that sank in October 1942. This new Hornet joined the rest of the United States fleet in November 1943 and fought in many battles during WorldWar II. She later served during the Vietnam War and then went on to help with the Apollo Program. She was decommissioned in 1970 and has gone on to receive historical designation and to become a museum. There is another designation that the Hornet is known by and that is the most haunted warship in the U.S. Naval Fleet. Join us and our listener Pamela Ennis as explore the history and hauntings of the USS Hornet!

Pamela Ennis is the Case Manager of Pacific Coast Spirit Watch, a paranormal investigative team. This team has been investigating for four years and worked in conjunction with several other teams located in California and Nevada. Pam is also a docent on the USS Hornet and helps with the tours and overnight stays on the warship. She has investigated the USS Hornet many times.

The USS Hornet was originally named Kearsarge and that name is still stamped into her keel plate. The contract to build her had been given to Newport News Shipbuilding on 9 September 1940. Her keel was laid down on 3 August 1942. She was launched on 30 August 1943 and commissioned on 29 November 1943. Her first commander was Captain Miles R. Browning.

The basic layout of the aircraft carrier is depicted below and Pam described for us how many levels there are on the carrier and where different areas are located. 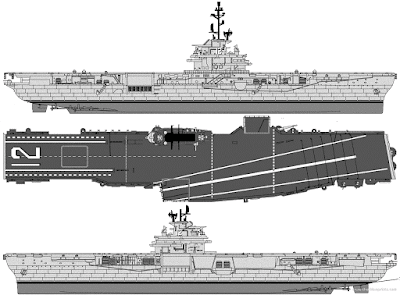 Lyon-McKeil was skeptical of ghosts until he and some volunteers did an overnight during fleet week in 1995. He reported, "We'd all just bunked down, and we had a rule. No exploring. All of a sudden, I heard this banging noise like someone was opening the hatches who shouldn't have been. Peter Clayton, our supervisor, came charging around, saying, "Okay, who's sneaking around opening hatches?" We realized that everyone in the group was there. As we were all standing there staring at each other, we heard it again. At that point, we were pretty secure. It couldn't have been anyone who'd gotten aboard."

Keith LaDue was painting the ship a few years later when he had this experience, "I was like at 28 feet, stretched to the maximum. I was up there until about 8:30 at night, and I was by myself on the ship. I wanted to finish the section I was working on before I left. When I had still about two to three gallons of paint left in my machine, I started hearing voices, aircraft crews talking shop talk, dropping tools, and working on airplanes, talking about the airplanes they were working on, and parts, and home. I thought, 'Wait a minute, come on guys, I'm almost done for the night. Can you let me finish? Let me get down from here. This is really starting to spook me.' And it stopped."

A man named Alan McKean said, "I'm not a true believer in all of that stuff. But I saw what I saw. One day I saw an officer in khakis descending the ladder to the next deck. I followed him and he was gone. I have no explanation for it."

There are many tales of haunting experiences on the USS Hornet. Have some of the former sailors decided to make this home in the afterlife? Is the USS Hornet haunted? That is for you to decide!