Whether he is called Father Christmas, St. Nicholas or Santa Claus, most people would agree that he is a holly, jolly man. But sometimes, Santa can be downright creepy. It really depends on who is wearing the suit and what that suit looks like. Some of you may have seen this picture before. It is creepy as heck and we are left to wonder what is up with the number. Is this how many souls he has in his bag? 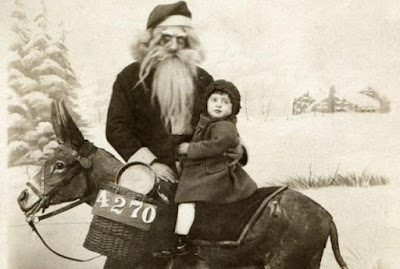 This little girl looks like she is squirming to get away and who could blame her? Did Santa have one too many drinks before this picture? 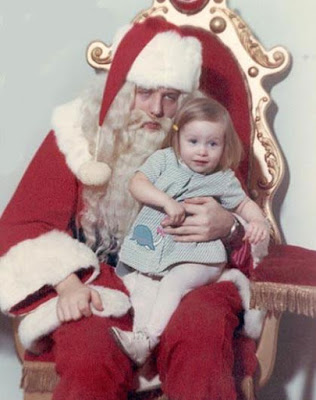 Same with this Santa: 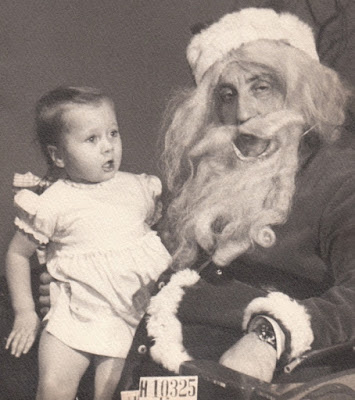 Pictures of old Halloween costumes reveal that costumes decades ago are scarier than most anything we can come up with today. The same is true for Santa costumes. Just look at this gem: 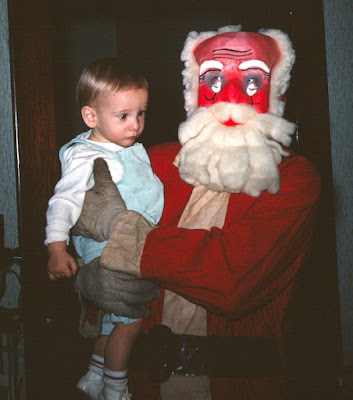 Is it just the lighting or the size of this Santa that makes him so ominous? 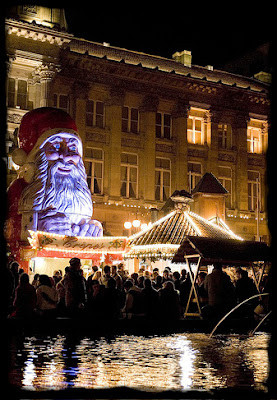 And I'm sure this little Santa is suppose to be a cute animatronic character that you could put by the front door, but he looks like some kind of alien creature with those blue eyes. Or is this really a black eyed kid that ended up with the wrong colored eyes? 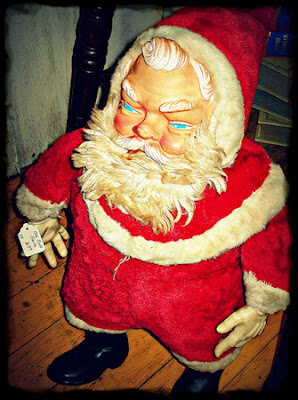 It seems our really creepy Santa managed to sneak into another picture. There is the little donkey again. And you can't miss those dead eyes: 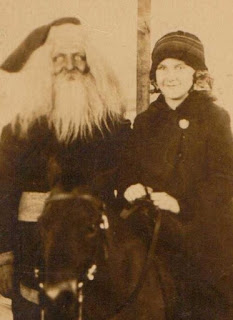 And we really just don't know what to say about this. We love our Mickey and Minnie, but what the heck is this? 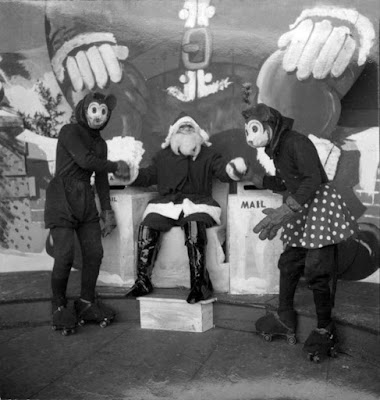 Posted by Diane Student at 7:59 AM