In our not too distant past, there were rumors of mermaids in the Azores region of Portugal where the city of Ponta Delgada is situated. The year was 1930 and people were flocking to a seaside resort run by Papa Bernardes. For many years he had been the proprietor of Hotel Bernardes that he ran with his wife and a couple of other workers. The hotel had just been expanded to accomodate all the guests and renamed Hotel das Belhas Sirenas Plaza, which translated, means the Beautiful Mermaids Plaza Hotel. Two mermaids seemed to be living in the waters near the resort. They liked to sun themselves on the Mermaid Rocks in the distance. They mostly appeared at night and Papa Bernardes had ordered two powerful searchlights to attach to the hotel to help guests spot the creatures. And they did spot them. Money was rolling in and Papa Bernardes was a huge success thanks to the mermaids. That was until the new police commissioner in Ponta Delgada decided to investigate the reports of mermaids. He and a couple of Lietuenants jumped into a motor boat and headed out to the Mermaid Rocks. When the mermaids heard the boat, they jumped into the water. The motor boat was faster and caught both the mermaids, revealing that the two creatures were simply Papa Bernardes daughter and his maid, wearing tan colored bathing suits and handmade tails that Papa's wife had sewn. The hoax was revealed. You see, Papa was walking home one evening after having too much wine and he thought he saw a mermaid dive into the water. He kept staring out at the water and his daughter came walking up to him wondering what he was looking at. She was soaking wet because she had been swimming. That is when Papa came up with his idea. The fact that it fooled so many people for such a long while, certainly is odd!

This Day in History - The Disney Movie Dumbo Premieres

On this day, October 23rd, in 1941, the Walt Disney Studios' animated feature film Dumbo premieres. The Disney Company had suffered losses with their film Fantasia and it went back to basics to make the more simplistic film, Dumbo. It was based on a children's book about an elephant with ears so large, he can use them to fly. Dumbo is anything, but simplistic as it pulls at the heart strings. Dumbo's real name is Jumbo Jr. and he is delivered to his mother at the circus. When everyone sees his big ears, they tease him and call him Dumbo. That teasing leads to his mother rampaging and she is locked up. Dumbo's only friend in the world is the little mouse Timothy and eventually Timothy figures out Dumbo can fly and with practice, they use this new trick in the circus. Dumbo becomes a big hit and his mother is freed and the two are given their own private circus car. There's also a drunk Dumbo and Timothy, pink elephants on parade and a magic feather thrown in the mix. The movie was the most financially successful Disney film in the 1940s and grossed $1.6 million during its original release.

Legend of the Djinn (Suggested by Miranda Hofer) 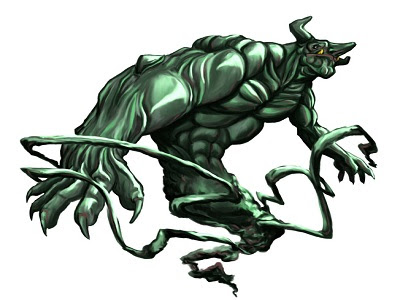 Many people's only experience with the creatures called Djinn are through stories about genies. We've been lead to believe that these creatures live in lamps and can only be released by rubbing the outside of the lamp. Once released, the genie promises to fulfill three wishes of the person who has freed it. The actual legends about Djinn are something quite different. The Djinn can be very frightening entities and have abilities that make them dangerous. They have gained in popularity and moved out from Islamic lore into the pop culture. Join us and our listener Miranda as we explore the legends of the Djinn!

Djinn are powerful magical beings that come out of Arabic writing and the Islamic religion. The Quran mentions Djinn several times and explains that they were created from a smokeless and scorching fire by God. The term Djinn means "beings that are concealed from the senses." They were early on considered to be soul-less creatures living in all areas of Arabia. They have been compared to the faeries of European legend. Some legends claim that they can shape-shift and there are people like Rosemary Ellen Guiley, who is well known in paranormal circles, that claim that the Djinn are really the base of all supernatural entities from aliens to demons to ghosts to werewolves. For us, this seems as preposterous as saying that all ghosts are demons.

Although there is archaeological evidence that Djinn were worshipped long before Islam, it is this religion that really cemented the Djinn position in religious belief. In the Islamic tradition, it is said that the rise of Muhammed and his religion of Islam pushed back the Djinn and they were all forced to make a decision to either help forward Islam or to turn their back and fight believers. Half of the Djinn sided with Islam and they are considered good. The other half are considered evil. At this time, all Djinn were given souls. Christians view all Djinn as demonic, which works for the truly evil ones because then even the good ones are considered enemies. When these entities shape shift, they take on the characteristics of the animals they choose to become and can sometimes retain parts of that transformation, like tails, teeth and horns. They do; however, take on the challenge of being a physical form in that they must follow the laws of nature. This means that they can be killed when in a human or animal form.

The Djinn are said to have five distinct orders. There are the strongest called the Marid, the weakest known as Jann, the Ifrit, the Shaitan and the Ghul. Some traditions split Djinn into three classes rather than orders. These include those that resemble snakes and dogs, those who have wings and fly in the air and those who travel about ceaselessly. Some traditions hold that every person has a Djinn assigned to them, similar to the belief in Christianity that we each have our own guardian angel. This companion Djinn is specifically called a qarīn. They are not necessarily good and can whisper to the soul evil desires. Ibn al-Hajjaj recorded in a hadith that Abdullah reported, "The Prophet Muhammad said: 'There is not one of you who does not have a jinnī appointed to be his constant companion (qarīn).' They said, 'And you too, O Messenger of Allah?' He said, 'Me too, but Allah has helped me and he has submitted, so that he only helps me to do good."

The lifespan of a Djinn is very long and it is believed that the older they get, the stronger and more powerful they will become. They have usually learned to enchant objects and how to control weather patterns in these later stages. They face the same judgement as humans at the end of time and can go either to Heaven or Hell. The Djinn come in both genders and are reputed to be able to procreate.

As one can see, Barbara Eden's genie in the bottle is something quite different than the Djinn of lore. Do these creatures actually exist or are these just legends passed down through religious tradition? Could Djinn really be affecting the world around us today? That is for you to decide!
Posted by Diane Student at 6:47 AM