Moment in Oddity - The Frogman of Loveland

It was early in the summer of 1955 when a report of a cryptid creature known as the Frogman came out of Loveland, Ohio. An unnamed business man spotted a group of three creatures near a bridge. He at first thought they were human, but when he got closer, he saw that they were reptilian and frog-like in appearance. They were hairless with leathery skin and stood under four feet tall with webbed hands and feet. They seemed primitive except for a metal object that one of the frogmen was holding. It was roughly the shape of a large wand and he held it over his head while it flashed and sparked. This has caused some to wonder if these frogmen were some kind of alien life-form. The next sighting was in 1972 and it was a police officer who claimed to have seen a frog-like creature cross the road in front of his car. It was night and he was scared by the creature illuminated in his headlights. It stood up on two legs and ran away. The legend of the frogman originates with the Native Americans of this region who talked about a River Demon. This was a reptilian creature that was bipedal. The greatest warrior pushed the creature into hiding and he did not emerge again until the native tribes were no longer there. Loveland, Ohio has embraced their frogman legend, a creature that certainly is odd!

On this day, October 20th, in 1944, two liquid gas containers explode in Cleveland, Ohio, killing 130 people. The explosion took place at the East Ohio Gas Company. It was mid-afternoon when white vapor was spotted leaking from a natural gas tank. The tank held 90 million cubic feet of gas. At around 2:40pm, the tank exploded unleashing flames that rose to 2,500 feet in the air. The destruction went for a half-mile and destroyed everything in its path. Another nearby smaller tank erupted as well. Evacuation orders were sent out for 10,000 people. It took firefighters an entire day to get the fire under control. First responders found 130 dead, many unidentifiable. Many others were injured, that number reached 215. The damage reached $10 million. An investigation revealed that contraction of the metal tanks caused them to rupture. The natural gas was being stored at -250 degrees. New rules about storing natural gas were implemented to prevent such a disaster from ever happening again. 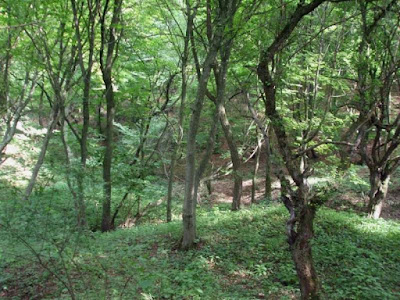 There are many legends that incorporate curses into their telling. A curse is a type of magic that is meant to harm people. It would seem that curses can fall upon the land as well. And there is a place on Earth that is considered one of the largest areas of cursed land. This is a forest that is said to be the world's most haunted forest. A forest so completely terrifying that many have feared even saying its name: Hoia Baciu Forest. There are claims of all types of unexplained and paranormal activity, ranging from ghost and UFO sightings to strange feelings and sickness. People feel an urge to flee the forest. Is this just overactive imaginings or is something truly sinister going on in this forest where the vegetation is weird and in some places won't grow? Join us and our listener Chris as we explore the Hoia Baciu Forest!

Cluj-Napoca (Clooj nah poke ah), Romania is Transylvania's largest city. It dates back to 106 AD and was initially named Napoca. Most locals simply call the city Cluj. The Romans were the first to settle here, but after the fall of Rome, it seemed to disappear from maps. When the Hungarian Kingdom began to grow and prosper in the 10th century, the city was known as Kolozsvár. In the 12th century, Transylvania Saxons moved into the area and built a castle and village. It became an official city in 1316 under King Charles I of Hungary. Stephen Bathory of the Hungarian noble Bathory family, of which Elizabeth Bathory was a member, built a Jesuit academy here in the 1500s, but it did not do well. In the 18th and 19th century, it was considered the capital of the Transylvania area and many still refer to it in that way today. While most travel websites will entice you to visit this city for its arts and film scene, there is an even bigger attraction for those of us into the paranormal on the outskirts of town and that is the Hoia Baciu Forest.

Hoia Baciu stretches out over 617 acres. The forest was named for a shepherd who entered it with a flock of two hundred sheep. He and the sheep were never seen again. If this story is true, what happened to the shepherd and his sheep? While most forests can be chilling just because of their dark nature with trees blocking out the sun, this forest seems to ooze an ominous vibe that leaves visitors with feelings of anxiety and the paranoia that they are being watched. The vegetation of the forest probably does not help matters with unexplained charring on the trees that also seem oddly shaped and a circular area where no trees or plants seem to be able to grow, lending credence to theories that some kind of magnetic pull is causing weird growth and the weird feelings. And while its possible that science has an explanation for the things that take place in this forest that has been dubbed the Bermuda Triangle of Romania, no theory has ever been proven. What of the legends and the tales of curses about this place?

The forest from a municipal viewpoint seems like a great recreation area. Bike paths have been built and many fun sporting adventures are offered in the forest. Nothing seems bad and yet there are claims that locals who live near the forest are afraid to enter it due to the stories and legends that have been handed down. There are those who believe that whoever enters the forest will never return. Still others swear that this is the domain of the Devil himself. The truth is that people do enter the forest and leave, but some have been affected by the forest and complain that they have been physically harmed or that they are sick. Proof is revealed through scratches, unexplained rahses and burns. One of the legends of the forest involves some Romanian peasants.

Deep in the woods of the forest, a group of Romanian peasants cleared out an area and set up a village. Possibly, they wanted to escape the overbearing rule of a king or perhaps they had religious reasons. No one knows for sure and there is no documentation to support the claim that this village ever existed. The legend continues that one day the ruling party decided to bring an end to the village. The entire village was massacred and people believe the souls of those people, became trapped in the woods. And they are very angry about that. A heavy black fog has been witnessed rolling in and pairs of glowing green eyes are seen in either the fog or the darkness. This is what may be causing people to feel as though someone is watching them. There is a round like area that we described earlier where no vegetation seems to thrive. It is within this area that the legend claims this village used to exist.

The Circle, as many call it, is where many claim that all the spirits of the forest seem to gather. There is talk of a portal here. Possibly that is why there are hikers that claim they lose time while traversing the trails. Could this area lead to another dimension? Still others claim that the forest is cursed, either because of the massacre of the peasants or that the massacre occured because a curse had long been over the location. While strange happenings seem to occur throughout the forest, it is near the Circle where things get kicked up a notch. The giggling of girls is heard and strange orbs of light have been witnessed. People have disappeared as well, just like the shepherd for whom the forest is named.The weirdest story reported about this involves a five-year-old girl. She wandered into the forest by herself and no one could find her. Eventually, searchers decided that she had probably died from exposure. Five years later, she walked out of the forest. A five-year-old surviving in the woods alone for five years is strange enough. But this story gets even more bizarre. She had the same clothes on that she was wearing when she disappeared. And they were completely untarnished. She claimed that she could not remember anything that had happened to her.

Alexandru Sift was a biologist who heard the stories about the forest and decided to visit in the 1960s to do some experiments. He was intrigued by the trees that grew in a crooked manner with their bottom trunks running low along the ground. The notoriety of Hoia Baciu grew when Sift revealed several pictures he had taken that seemed to capture the image of a flying disc-shaped object in the sky above the forest. This was not the only UFO picture from that decade. In 1968, Emil Barnea, a military technician, took a picture of another flying saucer over the forest. After this, UFO sightings became a normal thing as were reports of unexplained lights.

Researchers and scientists from around the world have researched the forest. Many of them cannot explain the bizarre faces and manifestations they have captured on video. Soil samples have been collected from the Circle and analized, but nothing has ever been found that would prevent vegetation from growing. Tests on magnetism and its effects on possibly the trees have been inconclusive. Paranormal investigators treat the place like a type of amusement park. Destination Truth visited the forest and aired two episodes with the results. A member of the team named Evan was thrown by some unknown force and he found claw marks on his arm when he pulled up his sleeve. He also became dizzy and started hearing ringing in one of his ears, which started to bleed.

There is no denying that the Hoia Baciu Forest is creepy. But is something supernatural going on inside it? Do people really disappear? Is Hoia Baciu Forst haunted? That is for you to decide!
Posted by Diane Student at 5:53 AM