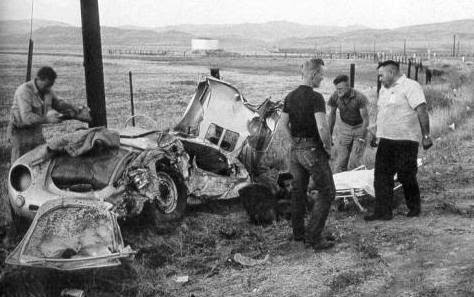 On September 30th, 1955, actor James Dean was killed in a violent car accident after his Porsche 550 Spyder slammed into a Ford sedan that was making a left turn through an intersection.  Not long after the accident, rumors began flying that the Porsche 550 Spyder was cursed.  Some people believe the car that Dean nicknamed "The Little Bastard," was responsible for the actor's death and the history of the car after the fatal crash seem to support the belief that the car was cursed.  Several parts from the Spyder were salvageable and placed in other cars: the engine, transmission and tires.  All cars that received parts from the Spyder were later involved in terrible or deadly accidents.  When the car was initially brought into the shop of the new owner, George Barris, it rolled off the back of a truck and crushed a mechanic's legs.  Later the car was being used as an educational piece about driving safety and on a trip to one event, the truck transporting the Spyder went off the road and killed the driver, somehow ending up on top of the driver after he was thrown from his truck.  At another safety event, a teenager's hip was broken when the car's restraint chains snapped and the car fell on the teenager.  Then somehow the Spyder managed to disappear...forever. German Porsche mechanic Rolf Wütherich was riding along with James Dean and was injured in the crash, breaking his jaw and shattering his thighbone.  He later tried to kill himself a number of times.  He was never successful, but he did go on to stab his wife fourteen times.  He died in 1981 in a drunk driving accident.  Was this about guilt or was he cursed?  Was this a carryover of the car's curse.  We'll never know, but such a car certainly is odd.

This Day in History - The Gray Ghost's Greenback Raid

On this day, October 13th, in 1864, John Singleton Mosby and his battalion of guerrillas staged 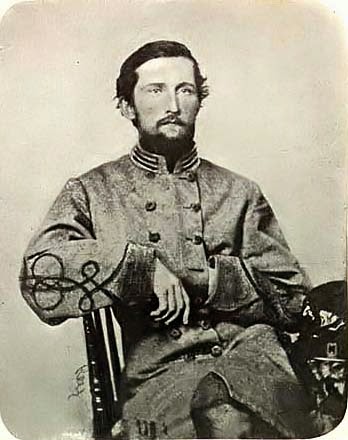 another one of their infamous raids dealing a heavy blow to the Union during the Civil War.  Mosby was a Confederate Army cavalry battalion commander and his command was the 43rd Battalion, 1st Virginia Cavalry.  He was nicknamed the Gray Ghost because of the stealth of his raids and ability to evade capture.  His men came to be known as Mosby's Raiders and they were good at blending in with locals.  Union Major General Sheridan had won several battles in Virginia and held most of the territory, but Mosby would be a thorn in his side.  On the night of October 12th, Mosby took 84 men to Winchester and they attacked all day on the 13th with their crowning achievement coming that evening.  Several miles west of Harper's Ferry ran the Baltimore and Ohio Railroad.  Mosby and his Raiders displaced several pieces of the track near Brown's Crossing and then they waited.  Around 3am, the Passenger Express made its way towards the area and when it hit the spot where the track was removed, it derailed sending passengers flying.  The Gray Ghost's Raiders sprang into action and rounded up all the passengers at gun point, shooting a Union soldier in the process.  They burned the rail cars and made off with $173,000 in Greenbacks before rising away.  The raid halted railway operations for a while and came to be known as the "Greenback Raid."

*We interviewed Colorado Historian Annette Student for this podcast.  She is the author of several books featuring Colorado locations including the definitive guide to historic Riverside Cemetery, "Denver's Riverside Cemetery: Where History Lies."  You can email us at historygoesbump@gmail.com if you would like an autographed copy of the book. The book sells for $24.95 + $2.00 taxes to Colorado residents + $6 shipping and handling ($32.95). Out of state pay $24.95 + $6 shipping and handling (30.95) Or check it out on Amazon!* 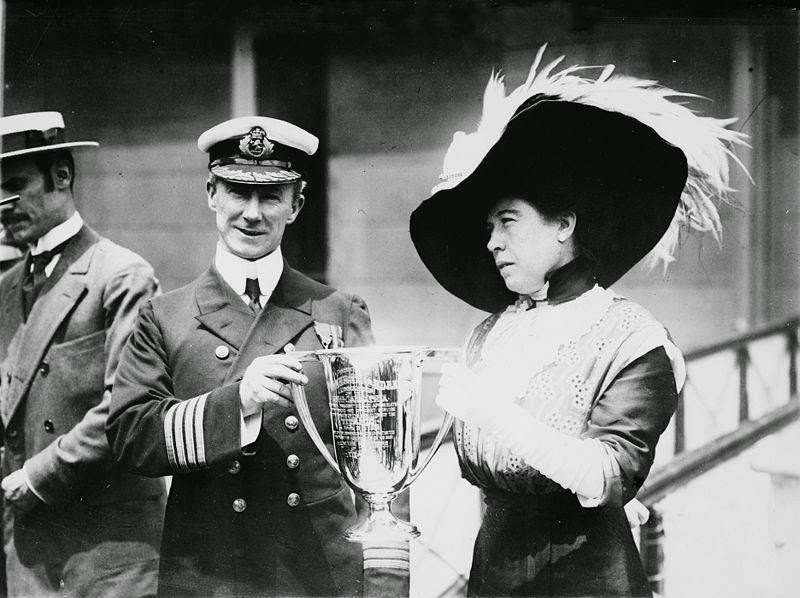 The Molly Brown House has reports of paranormal activity and Diane remembers the house being included in haunted historic tours sponsored by Historic Colorado (Check that out at http://www.historycolorado.org/events/capitol-hill-horror-stories.)  The Molly Brown House itself hosts several Halloween inspired events each year with both their Victorian Horrors Tours and Ghosties and Goodies Tea. (Check those out at http://www.mollybrown.org.)  Both Margaret and her husband J.J. have been seen roaming the halls of their former home and J.J. who enjoyed smoking a pipe and cigars must still be enjoying these items in the afterlife because the scent of the smoke can still be detected on occasion and the unique thing about this was that J.J. was not allowed to smoke in the house when Margaret was around.  Margaret's mother passed away in the home and she is sometimes seen standing at one of the windows.  Occasionally, the window blinds will go up and down without any seen assistance.  Rocking chairs also rock without assistance and the tinkling of piano keys is sometimes heard.  The dining room hosts a ghost that rearranges items and has been photographed sitting at a table wearing her Victorian best.  Keep in mind that the home served as a type of halfway house for girls and activities that could lead to paranormal activity are a possibility.  So is the Molly Brown House haunted?  That is for you to decide. 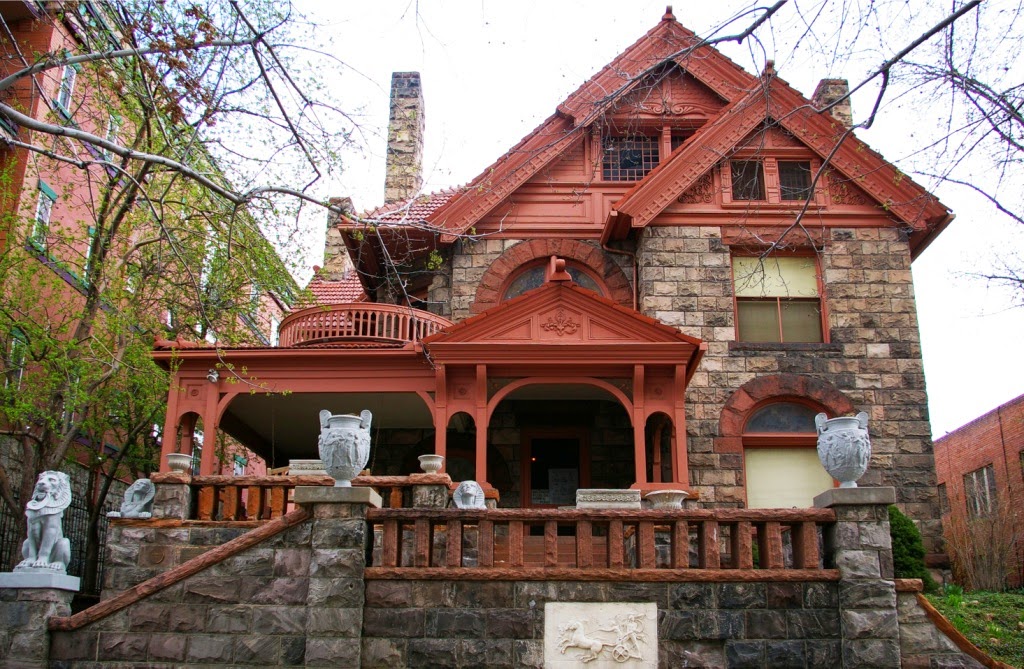