It's tradition for some people during the holiday season to use an advent calendar to count down the days until Christmas. Perhaps as a child, you had one with boxes filled with chocolate treats or you opened a window to a fun picture. We noticed this year that some people are keeping a calendar of sorts wherein they drink a craft beer from an independent brewery. All sorts of fun flavors are combined to craft the perfect brew. But would you believe that there is one beer that is brewed with elephant dung? Sankt Gallen Brewery out of Japan created Un, Kono Kuro, a beer that is made from coffee beans that have passed through an elephant. We don't mean passed over or under, but through. Meaning the entire digestive process. The beans are well...harvested, from the steaming pile of elephant poop and rinsed off. We hope really well. The elephants that pass these beans live at Thailand's Golden Triangle Elephant Foundation and the cost is pretty high. It's $100 per 35 grams, which converts to .077 pounds. We're not sure if this fact is odd or just a twist of sick humor, but the beer is categorized as a chocolate stout even though it contains no chocolate. And while it may not sound appetizing, this brew flew off the shelves. The name Un, Kono Kuro is a pun on the word "unko," which means "crap" in Japanese. Many people claim that the stout is quite tasty and sweet, but we just find making beer from elephant poo rather odd!

This Day in History - The Birth of Quantum Theory
By: April Rogers-Krick

On this day, December 14th, in 1900, German born Physicist Max Planck published his ground breaking study on the effects of radiation on “blackbody” substances and the Quantum Theory of modern physics was born. Max Planck was born into a traditional, intellectual family.  His great-grandfather, grandfather and father were all college professors.  During his elementary and secondary education he studied astronomy and mechanics.  He also was taught the principal of conservation of energy.  He graduated early at the age of 17. Wanting to continue his education and study physics he enrolled at the University of Munich.  Under the tutelage of Phillip von Jolly, a professor of physics, he began his studies.  Jolly first advised him against going into physics saying, “In this field, almost everything is already discovered, and all that remains is to fill a few holes.” After graduating from the University of Munich with honors Plank became an educational lecturer.  In 1894 he was commissioned by electric companies to create maximum light from light bulbs with minimum energy.  This commission is what first turned his attention to the problem of blackbody radiation.  Which in turn lead him to his discovery of Quantum Theory. He shocked the science world by showing that atoms emit or absorb energy in bundles, or quanta, not in continuous streams as taught by Newtonian physics.  This insight along with subsequent developments by Einstein, Bohr, and others established the revolutionary quantum theory of modern physics. 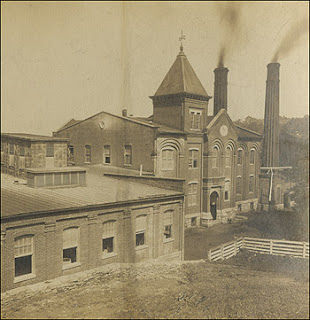 Buffalo Trace Distillery is the oldest continuously operating distillery in America. Herds of buffalo once thundered across this area of Kentucky where the distillery stands and they carved a path, which is called a trace.  This particular trace is called the “Great Buffalo Trace” and it led to the banks of the Kentucky River and gave the distillery its name. Some of the finest Kentucky Bourbon is made here. But there are more than just the drinkable spirits at this location. The kind of spirits that lead to tales of ghosts can be found here as well. Join us as we explore the history and hauntings of the Buffalo Trace Distillery.

Many explorers traveled through this area including the likes of Daniel Boone in 1771. These explorers were follow the traces left by the buffalo. A ford is a natural area in water that is shallow enough to easily cross. One such ford on the Kentucky River was being used by European pioneers for making salt. Native Americans attacked the group there and killed a pioneer named Stephen Frank. After that, this crossing on the Kentucky River became known as Frank's Ford in honor of the slain man. Later the name would be changed to Frankfort and that city is now the capital of Kentucky. In 1786, James Wilkinson purchased 260 acres north of the Kentucky River and this became the heart of Frankfort.

James Wilkinson served in the Continental Army during the Revolutionary War. One of his endeavors was serving under Nathanael Greene during the Siege of Boston. General Gates sent him to Congress with details on the Battle of Saratoga and he added his own tale of bravery when he finally showed up to Congress. It wasn't the truth, but they promoted him past many senior ranks who were furious. Wilkinson also joined with the Conway Cabal, which was a plot to replace George Washington as Commander-in-Chief with General Gates. Gates asked him to resign. Wilkinson was not done with controversy however. In 1787, he declared loyalty to the King of Spain while in New Orleans to improve his commercial enterprises in the state of Kentucky. He worked to get separation for Kentucky from Virginia as well. He would later help take possession of the Louisiana Purchase in 1803. But he was still working with Spain and at the time of his death he was found to be a paid spy for Spain. Theodore Roosevelt said of him, "In all our history, there is no more despicable character."

Frankfort got its first post office in 1784 and Kentucky became an official state in 1792. Frankfort became the home to several bourbon distilleries. In 1773, the McAfee brothers surveyed the crossing at the Kentucky River and then in 1775, another set of brothers, Hancock and Willis Lee, founded a settlement and called it Lee’s Town. As the settlement grew, many found the “abundant limestone spring water, and fertile bottom loam” was perfect for growing outstanding grain.  This led to the start of distillation, and the start of the Kentucky bourbon heritage. A shipping port cropped up here as well for hemp, tobacco and whiskey. Hancock and Willis Lee started a distillery where the Buffalo Trace Distillery now stands when they founded Lee's Town. To this day, there is bourbon featuring the name Hancock in tribute to Hancock Lee. The Riverside House was built in 1792 on the property by Commodore Richard Taylor and it still stands there today. It is the oldest house in Franklin County. The first official distillery was built in 1812 by Harrison Blanton, but had no official name.

Harrison Blanton was born in 1791 and became a well known businessman in Frankfort. He founded the Blanton Lumber Company after building the distillery. The Ku Klux Klan started to rise to power in the area and they paid Blanton a visited after they thought they had tracked down a black man named Freeman Garrett. They couldn't find Garrett, so they shot two other black men on the property. Blanton died shortly after that, but the Blanton Lumber Company stayed in business for 150 years. *Fun fact: In 1858, whiskey sold for 14 cents a gallon.*

In 1870, Edmund H. Taylor bought the distillery and gave it the name Old Fire Copper, which was its first official name. Most people refer to it as the O.F.C. He used wood fire and copper stills to distill. He also built another distillery at a cost of $70,000, a small fortune at the time. He was the descendant of two presidents, James Madison and Zachary Taylor. In 1882, the O.F.C.burned to the ground after being struck by lightning and was quickly rebuilt. George T. Stagg bought the distillery eight years later. Stagg developed the first ever climate control for distilling whiskey by using steam heating in storage warehouses. He expanded the property too. Stagg was born in 1835 in Kentucky, but he moved to St. Louis to become a whiskey salesman. He later met up with Taylor and the two are considered icons in the distillery business. In 1904, the distillery became known as the George T. Stagg Distillery. It held that name for a century.

In 1897, Albert B. Blanton joins the distillery as an office boy at the age of 16. He was a descendant of Harrison Blanton who first distilled whiskey here. He was promoted through the years and learned all facets of the business. In 1921, Blanton became President of the distillery. He would spend 55 years producing and promoting Kentucky straight bourbon whiskey. He kept the distillery alive during Prohibition and after a devastating flood in 1937, he had the operation up and going the very next day. He built Stony Point Mansion on the grounds and it overlooks the distillery. The reason why the distillery remained in business during Prohibition was because Blanton managed to get one of four permits given out by the government allowing them to make whiskey for medicinal purposes. They bottled one million pints. A clubhouse and gardens were installed in 1934 adding to the beauty of the property. Blanton retired in 1952.

Elmer T. Lee took over operations in 1968. In 1982, a New York investor group bought the distillery. Moving from family owned to investor group was not a good move and the distillery's employment dwindled to only 50 and by 1991 the distillery was on the verge of closing. The distillery returned to family ownership when the Sazerac Company bought it in 1992 and after refurbishment it was renamed the Buffalo Trace Distillery in 1999. In 2001, it was placed on the National Register of Historic Places. Distillery tours are given six days a week. 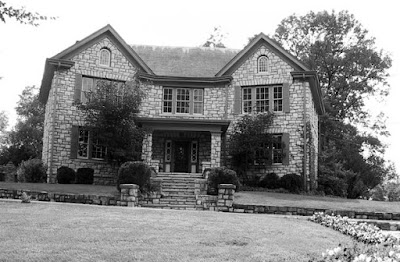 Ghost tours are also given on the property and for good reason. When Ghost Hunters visited the distillery to do an investigation on the 125 acre property, every member of the team had an experience and they identified 27 different ghosts. The one encounter that got everyone’s attention was when the two main hosts were “goosed” or pinched on the back side. They were both in different areas and when they reported in, they both reported being pinched by something unseen. There have been stories that employees and visitors to the distillery catch the smell of cigar smoke and hear footsteps in places where there were no other people.

Riverside House is a stark white building that is rumored to house numerous specters. Commodore Richard Taylor is one of them. He has been seen in an upstairs window. There is also an unidentified young boy at the house as well. There have been sightings of a gentleman wearing a dated suit and hat at the Stony Point Mansion and some think it is the ghost of Albert Blanton, who died in the mansion in 1959. During a Christmas lighting event on property, a guest took a picture of a building and the developed shot shows a ghostly figure standing in an upstairs window.  Then a few months later, the tour guide tried all 9 keys available to try and unlock the mansion where Mr. Blanton had lived and died, and not one key worked that night, forcing the Ghost tour to be held in a parking lot. Blanton's housekeeper Sarah is heard humming in the mansion as well. And even in summer, icy chills are felt in the basement.

Warehouse C stores spirits of both varieties. A wall was about to collapse one day and a cry was heard for everyone to get out. The workers ran out just in time. When they got outside they started asking each other who shouted the warning. None of them had and none had been aware that the wall was going to collapse.It would seem something unseen gave them a warning.