Moment in Oddity - A French Calvary Captures a Dutch Fleet

War sometimes brings us some of the strangest stories in history. The year was 1795 and it was a very cold January in den Helder, which was part of the United Provinces. Today, we call the United Provinces, the Netherlands. The French Revolutionary Army was making advances into this area and a group of French Hussars, which is a term used for a light cavalry, were ordered to capture den Helder. Johan Willem de Winter led his men with plans to keep Dutch ships from running to their ally, Britain. When the cavalry arrived, they found a very bizarre scene that was quite fortuitous. Ice had solidified around the Dutch fleet and the ships were stuck. The Hussars quickly surrounded the ships and forced the Dutch sailors to surrender. The fact that a cavalry charge was able to catch a fleet of ships is not only the only time this happened in recorded history, it also is quite odd.

This Day in History - Alfred Nobel is Born
by Jessica Bell

On this day, October 21st, in 1833, Alfred Nobel was born in Stockholm, Sweden. Alfred was most interested in literature, chemistry and physics. Rather than being able to pursue a career in literature, he was sent abroad to study and to become a chemical engineer. While in Paris, Alfred became very interested in nitroglycerin and how it could be used in construction work. He worked together with his father to develop nitroglycerin as a commercially and technically useful explosive. Unfortunately, these experiments resulted in accidents that killed several people, including Alfred's younger brother, Emil. Alfred found, through his experiments, that mixing nitroglycerin with a fine sand would turn the liquid into paste which could be shaped into rods. These rods could then be inserted into drilling holes. He named it "dynamite” and he also invented a detonator or blasting cap which could be set off by lighting a fuse. Alfred was able to put up factories in more than 20 countries as the product became very much in demand. He was once described as "Europe's richest vagabond." By the time Alfred died in San Remo, Italy on December 10, 1896, he had over 355 patents. In his last will and testament, he wrote that much of his fortune (approximately 265 million US dollars) was to be used to give prizes to those who have done their best for humanity in the field of physics, chemistry, physiology or medicine, literature and peace. His will was opposed by his relatives and questioned by authorities in various countries. In 1901, the first Nobel Prizes in Physics, Chemistry, Physiology or Medicine and Literature were awarded in Stockholm, Sweden and the Peace Prize in Kristiania (now Oslo), Norway. 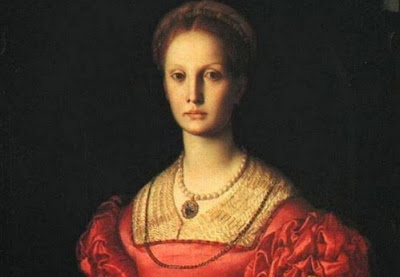 The Cachtice Castle was once home to Baroness Elizabeth Bathory. She came from a family known for their cruelty to the peasontry and she possibly witnessed incredible violence from the time she was a child. Is this what led her to be called the "Blood Countess?" Was she truly the most prolific female serial killer of all time? Or was she given a bad rap, so that others could have her power and possessions? The Castle is a magnificient structure that may house the energy of intense emotions and pain. Has the energy led this structure to become haunted? Does Madame Bathory still walk its halls? Come with us as we look at the history and hauntings of Cachtice Castle and Madame Bathory.

Cachtice Castle originally belonged to Peter and Pongrac from the Hunt-Poznan family. The castle was built in the thirteenth century and is located in the Little Carpathians where it is isolated amongst the hills and its surrounding village is isolated as well. It was built to defend the western end of Hungary. The castle was built on limestone rock and made defensible by the sheer drop on three sides. It was made from stone and mortar, two building materials that do not stand the test of time, and the castle eroded. After it was abandoned, it quickly began to fall into ruin. The top floor was stuccoed on the interior and covered in frescos. A few of those last today. There were four levels with a dungeon in the bottom level. The castle had a connected manor house and though not ornate, it was decorated with fine tapestries and the food was served on plates of silver and gold.

In 1392, Stibor from Stibotice took ownership of the castle and he at one time owned up to 15 castles. In 1569, the Nadasy family became owners. We will discuss more about them in a moment. The army of  František Rákoczi II burned the castle in 1708. Repairs were made so that the castle could be tranformed into a jail. It burned once again and in 1772 the castle manor house burned as well. The entire complex then deteriorated. An interesting fact about the town of Cachtice is that it had been considered a town at one time, but was downgraded to a village. We had not realized there was a difference.

It was through the Nadasy family that Madame Elizabeth Bathory comes into the picture. She was born into Hungarian nobility in 1560 and given the name Erzsebet, which was Anglicized to Elizabeth. She was rumored to have suffered from epilepsy and fits of rage. Count Ferenec Nadasy was a soldier and Bathory was married off to him in an arranged marriage at the age of fifteen. Before the marriage took place, she had a fling with a village peasant and became pregnant. She was hidden away in her family's castle until she gave birth to a girl, who was quickly given away since this was not only scandalous, but the child's father was a peasant. There does not seem to be much of a relationship between the Count and Bathory. He was away at war for long periods of time. Some believe that he taught her torture techniques that were used in battle to get enemy prisoners to talk.

Countess Bathory would be bored while her husband was away and pieces of insanity seemed to creep inside her mind. In 1604, the Count passed away from illness leaving Bathory alone in the castle. As she aged, she worried that she would lose her beauty. Wrinkles started to form at the corners of her eyes and mouth. The elasticity of her skin was fading away. For some reason, she started to embrace the idea that youth was connected to blood. Possibly she had heard tales of vampires that roamed the woods and hills of Transylvania. Vampires did not age or die as long as they had blood. And certainly the blood of young innocent peasant girls would be the best. After all, peasants were beneath her station in life. Who would miss them? The call was put out that the castle needed lots of young servant girls and peasant families were all too happy to send their daughters off with hopes that the Countess would educate them and take good care of them. This is not what the legend of Countess Bathory would lead us to believe.

Madame Bathory appears to have taken enjoyment from causing pain to others. It is said she beat girls until blood ran, made incisions and pierced their bodies, and used hot irons to brand and burn their skin. Needles were driven into lips and fingernails. Some servants were stripped naked, covered in water and thrown outside into the frosty winter. During warmer temperatures, the girls were covered in honey and secured to the ground so that insects could attack them. The tales are numerous and horrific. But she did not just enjoy torturing the girls. She killed many of these servants, some estimate as many as 650, so that she could drain their blood and bath in it, believing that it would help her skin retain its youthful appearance. She occasionally drank the blood as well leading many to later accuse her of being a vampire. And by today's definition of vampire, she really would have been considered to be one even though she was not dead.

But was she truly the Blood Countess? On the 29th of September in 1610 the Viceroy of Hungary, Count Thurzo, was sent with a troop of men to investigate rumours of missing servant girls at the Cachtice Castle. Elizabeth was confined for the night and servants who had served as accomplices were questioned to try and discern what exactly had happened. It is said that under torture, the accomplices told all about the horrors they had witnessed or participated in commiting. The Countess was never put on trial to protect the family's name and keep the property in their hands, but she was punished. In 1611, she was walled up in a room in a tower of Cachtice Castle and left to live out the rest of her days there. There was a narrow slit where only food and water could pass through. Four years later she was dead. She had lived to be 54.

Since there is written testimony, it would seem that something did happen at the castle, but these narratives seem almost too extreme to be believed. Could it be that the accomplices were pushed into declaring falsehoods because family members wanted to take the Countess' power from her? The viceroy had tried to have her imprisoned shortly after he became palatine. It was believed that this was because he had his eye on her wealth. King Matthias owed the Countess a lot of money and some believe he conspired to have her framed. Claims that she kept a list of victims have never been proven to be true as no such record has been found. And the lack of a trial is suspicious. We will more than likely never know the truth, but the legend lives on and only continues to grow.

A traveler to Cachtice Castle once said: ''With this tale fresh in our minds, we ascended the long hill and gained the castle, and wandered over its deserted ruins. The shades of evening were just spreading over the valley, the bare grey walls stood up against the red sky, the solemn stillness of evening reigned over the scene and and two ravens, which had made their nests on the castles highest towers, came towards it winging their heavy flight, and wheeling once round, each cawing a hoarse welcome to the other, alighted on their favorite turret, I could have fancied them, the spirits of the two crones, condemned, to haunt the scene of their crimes, while their infernal mistress was expiating her murderers by more wretched dooms."

So was that just random imaginings or is there truth to the thought that Cachtice Castle might be haunted? Ghost Hunters International did not find any evidence of hauntings in their brief investigation, but ask many of those who have visited the ruins and they will tell you that there is a darkness there. People who walk the ruins claim to get strange feelings in certain areas and to see shadow people. Whether these are shades of the victims or the Countess herself is unknown. Haunting shadow cats are seen and the Countess was known to have pet cats. An urban explorer recorded a weird sounding growl when he was at the castle, but there were no other people or animals around at the time.

Was Elizabeth Bathory the most prolific serial killer in history? Or was she betrayed and lied about? Does her restless spirit still walk on this side of the veil? Have the spirits of her victims stayed to haunt the place where they experienced inhumane treatment, torture and death? Is Cachtice Castle haunted? That is for you to decide!

Show Notes
http://departments.kings.edu/womens_history/erzebet.html
Posted by Diane Student at 5:17 AM