Odd history – Great Serpent Mound
The Great Serpent Mound can be found in southern Ohio.  It was first discovered in 1847.  A couple of amateur archeologists, Ephraim Squire and Edwin Davis, surveyed the twisting site and found it to be 1,348 feet long and most parts of the serpentine structure measure three feet high.  Not only did the serpent mound get its name from its curved body, but the mound also has a head that is snake like and appears to be swallowing an egg.  Some people claim the egg like symbol is really an eclipse.  The area beneath the mound is hollow in several places.  It is thought that the serpent mound was built by either the Adena people who walked the earth from 800 BC to 100 AD or the Fort Ancient people who existed in 1070 AD and that the hollow areas may be caves that they lived in or burial chambers of some sort.  Not only is the structure odd, but its reasons for being built are strange and mysterious.  Is it a map of constellations?  Does it keep track of calendar events like the solar and lunar schedules?  New Age groups think it is an intergalactic portal.  Whatever it is, it certainly is odd!

On October 1st 1908, Henry Ford introduced his revolutionary Model T car, that some called Tin Lizzy.  The car could travel at 45 mph.  The Model T was light and durable and could travel 25 miles on a gallon of gas, which is comparable to even modern day cars.  A hallmark of the car was its affordability.  For the first time, it was possible for every middle class family to own a car.  Henry Ford wrote in his book, My Life and Work, "I will build a car for the great multitude. It will be large enough for the family, but small enough for the individual to run and care for. It will be constructed of the best materials, by the best men to be hired, after the simplest designs that modern engineering can devise. But it will be so low in price that no man making a good salary will be unable to own one – and enjoy with his family the blessing of hours of pleasure in God's great open spaces."   Fifteen million Model T’s rolled off the assembly line before Ford decided that the vehicle was obsolete and discontinued production in 1927.

St. Augustine is thought to be one of the most haunted cities in all of America.  It’s long history probably accounts for that fact along with the large amounts of people who died in the city from Yellow Fever, pirate attacks and war.  The city has existed for over 440 years.  It was founded in 1565 making it one of the oldest cities in both North and South America.  It is America’s oldest city.  The city took its name from the day upon which the city was founded by Pedro Menéndez de Avilés, the Festival of San Augustín.  Today, it is a city rich in history and filled with quaint shops, which we have enjoyed perusing.

The Ripley’s Believe It Or Not Odditorium in St. Augustine is an amazing building.  It is located at 19 San Marco Ave. and hard to miss.  The building was originally called The Castle Warden, named for the man who built the Moorish Revival Castle complete with merlons and wide archways in 1887.  That man was William G. Warden, a business partner of both John D. Rockefeller and Henry M. Flagler.  Warden was an oil man who founded the Standard Oil Company with Rockefeller after building the successful Warden, Frew and Company crude oil company.  One of his philanthropist efforts in St. Augustine was building the Warden Academy School for Blacks.  He was worth over $1,000,000 at the time of his death.  The original Castle Warden design featured twenty-three rooms, which was necessary for the family of 16!  Family members lived in the mansion until 1926.  It stood vacant, except for the occasional vagrants, until 1941 when Pulitizer Prize winning author Majorie Kinnan Rawlings and her husband Norton Baskin bought the place and renovated it into a hotel.  They dubbed the place “Castle Warden Hotel.”  Things went well for several years, but 1944 brought tragedy and some future ghostly activity.

The story that we have heard about the about what happened in 1944 is as follows.  A certain politician, who has been dubbed Mr. X, did what many politicians do:  he took on a mistress.  Her name was Bette Nevi Richeson and she was in her 20s.  Bette was staying in Room 17, while Mr. X was staying in Room 13.  At some point during the middle of the night, a fight ensued.  Perhaps Mr. X was trying to break things off and Bette threatened blackmail.  Mr. X choked Bette to death and placed her body in a dry bathtub.  While this is happening, there is another female guest in the hotel staying in the penthouse.  She is Ruth Hopkins Pickering, a 49 year old friend of the owners.  She apparently is in the wrong place at the wrong time.  Mr. X sets fire to the building to cover up the murder of Bette and Ruth is trapped above the flames.  Both women are thought to have died in the fire, but the truth is that Bette was already dead.  Mr. X flees the scene, but he seems to have returned in death.  More on this later. 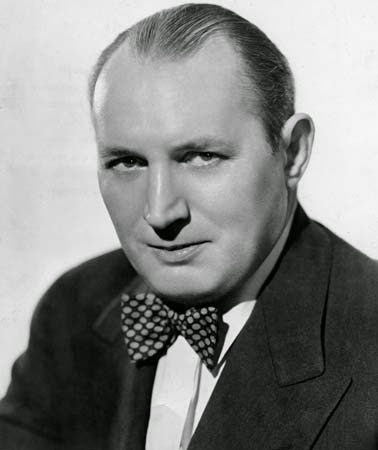 Robert Ripley was born in 1890 and eventually became one of the most famous men in America and in all the world.  At one time, he received more mail than Santa Clause.  He was a handball champion, but his interests soon changed to the odd and with the help of funding from William Randolph Hearst, Ripley traveled around the world building his collection of odd items.  He detailed his findings in the newspaper cartoon pages with the Believe It Or Not panels.  Ripley was not only an amateur anthropologist and collector of the strange, he also was a talented cartoonist.  The cartoon was fabulously popular and even helped launch the career of Charles Schultz when Believe It Or Not published the first Peanuts comic.  Ripley had stayed several time at the Castle Warden Hotel and absolutely loved the place.  He tried several times to buy the place, but he was rebuffed every time.  Unfortunately, Ripley died young at the age of 58 in 1949.  His estate followed the pursuit to acquire the building and was successful in 1950.

Soon Ripley’s Believe It Or Not Odditorium opened with a fascinating design of hallways and rooms, featuring over 800 exhibits.  Nearly every strange thing one can think of can be found here from shrunken heads to ancient artifacts to reproductions of some of the strangest people.  There is even a giant erector set ferris wheel that turns in the center of one of the rooms.  But this building houses more than just creepy and strange seen things.  There is much unseen here as well.  It is believed that there are over eighteen active entities in the museum.  The three most talked about and experienced are Bette, Ruth and Mr. X.

On an upper floor, there is the room where Mr. X killed Bette.  Today, that room is called the Vortex Room 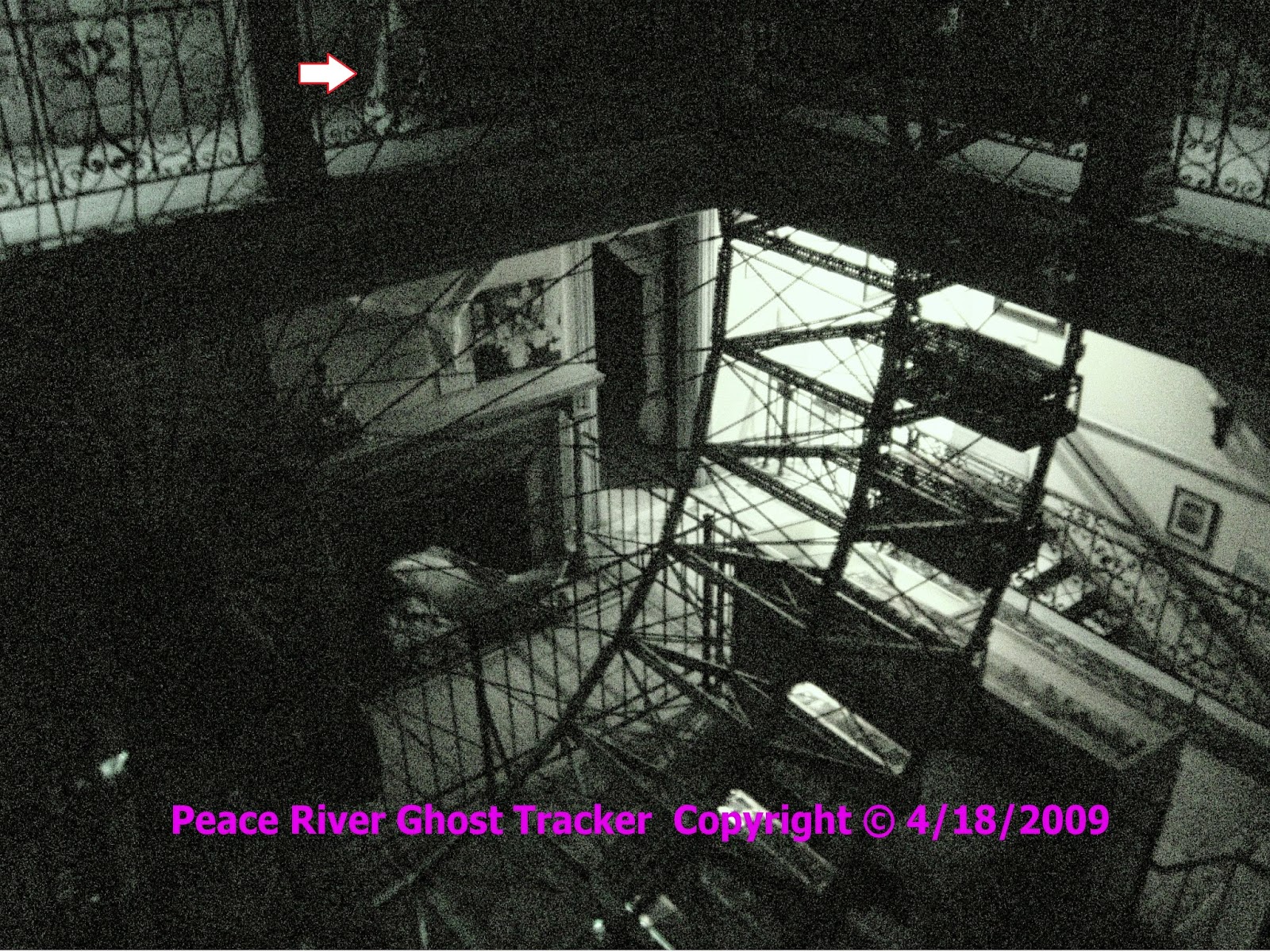 and Mr. X has been seen and felt in that room.  And by “felt” we mean he has choked people.  (In the podcast for this show, we detail our own experience in this room.  We believe Mr. X was active.)  He is an angry entity.  Bette has been captured on film in the Theater Room, which was part of the room in which she was staying.  Phantom women believed to be Ruth and Bette have been seen in the windows and walking the hallways.  A Florida based paranormal team, Peace River Ghost Trackers, have investigated the place and shared one of their pictures with us.  It appears to be the ghostly apparition of a child sitting in the hallway above the room with the giant erector set ferris wheel.

The Ghost Train that Ripley’s offers was well worth the money and includes a tour inside the museum…at night…with low lighting!  Click here for more info on The Ghost Train.

So, is this building really haunted?  That is for you to decide!


Another great site for the history of this location:  http://www.exploresouthernhistory.com/staugustineripley.html
To find out more about the mystery of Mr. X:  http://augustine.com/article/mystery-and-history-ripleys

Watch the video below!  Featured pictures are from the inside of the museum!

Posted by Diane Student at 6:55 PM