The Torajan People of Indonesia live in the mountains of Sulawesi and they conduct a very unique festival every three years called the Ma'nene Festival. The name means "The Ceremony of Cleaning Corpses." The ritual has been carried on for over a century and entails exhuming dead relatives, washing their mostly mummified bodies and dressing them in new fine clothing. Family photographs are then taken. Death is treated very respectfully and many members of the tribe save money their entire lives for their funerals. Funerals are elaborate and can last a week. It is very important to the villagers for them to die in the village and family members will carry a loved one back if they die elsewhere. After death, a villagers body is wrapped in cloth to help prevent decay. Coffins are repaired when the bodies are exhumed to help prevent decay as well. We're not sure if there is a limit on how many times a body is exhumed, but there was one villager exhumed in the latest ceremony that had been dead 30 years. Exhuming and redressing a dead relative is meant to be a sign of respect in Indonesia, but for us, it certainly is odd!

This Day in History - Okeechobee Hurricane Hits Okeechobee in Florida

On this day, September 16th, in 1928, the Okeechobee Hurricane devastates the area around Lake Okeechobee in Florida. The storm formed near Africa and intensified as it traveled west. It was the first recorded hurricane to reach Category 5 status on the Saffir-Simpson Hurricane Scale in the Atlantic basin. Landfall was made first in Puerto Rico and it is the only recorded hurricane to strike Puerto Rico at Category 5 strength. One thousand people were killed there. The storm then hit West Palm Beach and is one of the ten most intense hurricanes ever recorded to make landfall in the United States. Winds hit 125mph. Buildings splintered as if made from matchsticks. The final and most vicious blow was saved for the community around Lake Okeechobee. This is inland and not many expected it to cause more deaths here than Puerto Rico. The lake crested and the humble muck dike broke releasing a tidal wave of water. At the same time, winds were blowing homes off their foundations. Nearly 2,000 people perished. The Army Corp of Engineers would build a new dike leaving the flow of water in the hands of man rather than nature and the Everglades were forever changed. 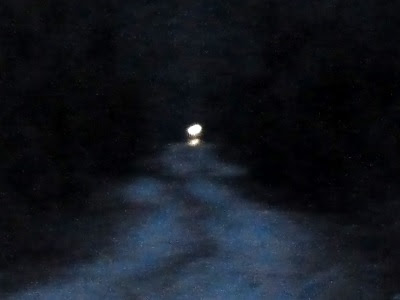 There are desolate roads in America that inspire sweaty palms, goosebumps and fuel the imagination with images straight out of a horror flick. These are roads where no sane person would want to have a breakdown in a car occur. Some of these roads have inspired tales of ghost lights. These are lights that seem to move of their own accord, always staying just out of reach. Legends have spawned about headless ghosts swinging lanterns as they search for their heads. Some people believe that these lights could be attributed to UFO activity. The Bragg Light in Texas and the Paulding Light in Michigan, are two of these ghost lights. The roads where they are seen are walled by thick forests. Both have haunting tales that claim that a ghost or possibly something worse, are responsible for the lights. And both have had skeptics claim that it is nothing more than swamp gas or light reflecting from something else. Are these natural phenomenon or is something supernatural going on here? Join us and our special guest, listener Summer White, as we explore the history and haunting of these ghost lights!

Bragg, Texas is named for Confederate General Braxton Bragg. The town is located on Farm Road 1293, ten miles west of Kountze in northwestern Hardin County. The Colorado and Santa Fe Railway started running through the area in 1901. Bragg became a major stop along that railway and soon a small community grew in the area. John Henry Kirby came to Bragg with the railway and decided that because of the rich forested area, building a sawmill here would be quite profitable. That sawmill was completed in 1901. The success was short-lived when the sawmill burned down in 1903. It was not rebuilt. A post office was built, along with a hotel and train depot. The post office closed in 1914. What kept Bragg thriving was the oil boom going on in the town next to it named Saratoga.

J.F. Cotton was exploring in the area that is now Saratoga and he discovered a spring there in the 1850s. A settlement was established and it was called New Sour Lake. An enterprising man named P.S. Watts thought he could use the spring to make money and he built a hotel there and promoted the medicinal qualities of the spring. He changed the name of the town to Saratoga, which he took from Saratoga Springs, New York. Cotton realized there was oil in the ground and spent several years in the 1860s drilling for the oil until he ran out of money to buy more machinery. The Saratoga Post Office was established in 1884. Large scale drilling started again in 1901 and the railway was built to help transport lumber and oil. The town got serious about platting out a formal plan in 1903 and the population grew. The Saratoga trunk line was abandoned in 1934 and this helped turn Bragg into a ghost town and today it is thought of as a ghost town, despite the small farming community there.

The path that the Colorado and Santa Fe Railway ran between Bragg and Saratoga became a dirt road when the tracks were dismantled. That road remains today. It runs 8 miles and is wide enough for two cars across. The road is lined with thick forest that is made up of Loblolly pine, oak and magnolia trees in the upland that forms a canopy. Yaupon and Waxmyrtle form understory cover. The thick forest adds a creepy factor to the road, but what makes it even more unusual are the carnivorous plants that line the road. These plants are bladderworts and there are around 233 varieties of these plants throughout the world. They use small hallow sacs to capture bugs and they digest them. They are usually found in or near water and when an animal triggers the bristles on the outside of the plant, a trapdoor opens and sucks the animal inside.

But Bragg Road is not known for its forest. It's known for its ghost light. The stories about this light go back to a time when horses and wagons were still traveling the road. One man claimed his team of horses were spooked by the light and that he was dumped on the side of the road. The light comes in a variety of colors and appears to be a circle of light in the distance. Some people claim that it approaches them on the road. One young man claimed that the light came down on his car and made odd noises. National Geographic even captured the light on film.

What is the cause of the light? Skeptics claim that it is swamp gas or headlights. Those who believe that the light is a paranormal light have other reasons. Many tell a tale of a train brakeman who was decapitated while checking over the train one night. They believe the light is coming from his lantern and that he is either walking the line as if checking a train or he is looking for his lost head. There is folklore that claims a Spanish treasure was buried and next claimed and somehow it is giving off the light. Others claim that it is a residual fire from a time when the Confederates camped here or possibly a ghost fire from when the Union tried to burnout the Confederates.

The Paulding Light does not go back as far as the Bragg Light. Sightings of it began in the 1960s. It's name for the nearby town of Paulding in Michigan that was named for John Paulding, a militiaman during the Revolutionary War. He was captured during the war and held at Sugar House Prison in New York City. He escaped by jumping from a window and swiping a Hessian coat that he used as a disguise. He received the first military decoration awarded in the United States, the Fidelity Medallion. The first recorded sighting of the ghost light was in 1966. A group of teenagers had been out near the meadow when they noticed a bright orb of light in the distance, at the end of the road. It startled them and acted so unusually that they reported it to the local sheriff.

There are claims that the Paulding Light appears nearly every night. The story behind this ghost light mirrors Bragg Light's railroad brakeman story. Same decapitation, same search with a lantern for the head. So is this just an urban legend that has spread? There are videos that feature the light and it has undergone scientific study. Engineering students from Michigan Technological University made the trip out to the Robbins Pond Road. They did find that the light was a real phenomenon, but they think they proved it was just reflecting headlights from nearby Route 45. They documented cars driving by and even found that the first report dated back to when the road was rerouted.

But SyFy Network's Fact or Faked went out and they found that the Paulding Light was unexplained and they did many of the same tests using headlights and even a flying light. The light continues to attract many thrill seekers though and most would like to believe that the cause is supernatural. The Forest Service supports the visits and even places a sign where the best spot for viewing the light is reported to be. It would seem though, that the mystery has been solved. But we do wonder if the urban legend is borrowed from somewhere like the Bragg Light Road.

Is there something supernatural behind the ghost light on Bragg Road? Are there ghosts wandering this dirt road? That is for you to decide!
Posted by Diane Student at 5:47 AM