Moment in Oddity - The Petrifying Well of Knaresborough

The Petrifying Well of Knaresborough is England's first visitor attraction. Sir Charles Slingby had bought the land where the well was located from King Charles I in 1630. The Petrifying Well was so well known at that time that the enterprising Slingby started charging people to visit the natural oddity. The earliest reference to the well dates back to 1538. King Henry VIII's antiquarian John Leyland wrote at that time that the well was considered to have healing properties in its water and people would shower in it hoping for healing. People began leaving trinkets and gifts by the well and were astonished when these items would become petrified over time. This caused people to declare that the well was cursed by the Devil. No matter what the water touched, it eventually turned to stone. The well also started taking on the look of a skull. Rather than rushing to the water for healing, people were afraid to go near it because they thought they would be turned to stone. The cause behind the petrification is scientific. The well has been tested and the mineral content is extrmely high. The water flowing over objects has an effect like what happens in the creation of stalactites and stalagmites. But while that process takes centuries to happen, the petrifying at the well takes as little as 3 to 5 months. So you could leave a teddy bear there today, and in six months return to find it made of stone and that certainly is odd!

On this day, September 28th, in 1918, the Spanish Flu Epidemic hits the city of Philadelphia. The Spanish Epidemic of 1918 would hit worldwide and reveal just how deadly influenza can be for humans. The origin of the flu was believed to be farm animals in the Midwest. The flu traveled through various animal populations and then mutated into a form that could live in humans. The flu spread slowly through the US and then hopped to Europe aboard soldiers headed to World War I battlefields. For Philadelphia, it was the Liberty Loan Parade that gave the Spanish Flu its foothold. The parade featured floats, bands and soldiers marching up South Street. The crowds were thick as people came out to celebrate. By October 3rd city officials had closed all schools, theaters, churches and places of amusement. One of the largest clothing stores in the city, Strabridge and Clothier Department Store established an emergency telephone switchboard to field calls about the flu and reports of deaths. Everyone fell ill from residents to city officals to service workers. The city had one morgue and it was overflowing with bodies. There were 500 bodies there when it was built to handle 36. Bodies were stacked in the hallway where they began to decompose. Convicts were ordered to dig graves and five other morgues were opened. When the Spanish Flu was done wreaking havoc, 30 million worldwide had died. 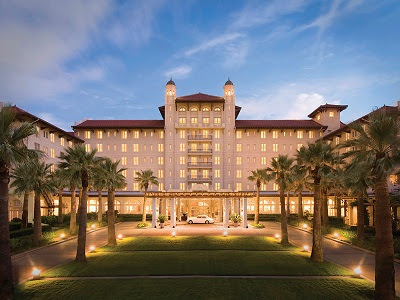 Galveston Island is a beautiful setting on the Gulf side of the state of Texas, south of Houston. People flock here as a vacation destination. The island was originally settled by Native Americans and then explorers came who set down roots. The city of Galveston was chartered in 1839 and the rich came to build their mansions along Broadway. The city grew to be one of the largest in Texas in the late 1800s. This would all change with the Great Storm that hit on September 8, 1900. Thousands were killed by the hurricane and two thirds of businesses and homes were destroyed. Bodies were buried quickly wherever a spot could be found. The aftermaths of this storm and the countless bodies buried beneath the island seem to have opened a portal into the afterlife. Galveston is quite haunted. Many locations on the island claim to have ghosts. Historical Researcher and Author Kathleen Shanahan Maca has just published "Ghosts of Galveston" and she is going to share the history and hauntings of Hotel Galvez.

Are the spirits of the tragic victims of the storm still walking the island? Could Galveston be one of the most haunted island in the world? Is the Hotel Galvez haunted? That is for you to decide!