FW Murnau (FV Murnoe) was a silent film director in the 1920s and apparently, in July of last year, his skull was stolen from his grave. Murnau was best known for his film "Nosferatu," an unauthorized adaptation of Bram Stoker's novel "Dracula." Prana Film Studios was unable to obtain rights to the book, so Count Dracula became Count Olaf and he took on probably the most terrifying vampiric look of all. Murnau was buried in his family plot in Stahnsdorf, about 12 miles south-west of central Berlin, after he died following a car crash in 1931. His brothers' graves were left undisturbed, so this was a targeted grave robbing. Wax residue was found near the grave and since candles are not necessary for light in the darkness anymore thanks to flashlights, authorities believe that the grave robbing has occult ties. This was not the first time the grave has been disturbed, so the cemetery might want to consider concrete. We're not sure if these skull thieves wanted to see if Murnau had perhaps become his creation, but stealing a man's skull is just plain odd!

On this day, January 4th, in 1781, Charles Messier discovers M80, which is a globular cluster in the constellation Scorpio. Messier Object 80, as it is formally known, was one of the first discoveries made by Messier, who was a French astronomer and surveyor. M80 is estimated to be at a distance of 32,600 light-years away with a spatial diameter of about 95 light-years. The cluster contains several hundred thousand stars making it one of the more densely populated globular clusters in the Milky Way. M80 is unique in that it contains a large number of blue stragglers. These are stars that are believed to be younger than the rest of the cluster they are located within and they are blue and more luminous. One theory surmises they are younger because they were captured by the cluster and are not really a part of the cluster. In 1860, a nova was found in the cluster. 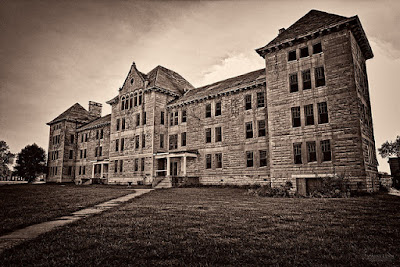 We are joined on the program today by Sylvia Shultz. Sylvia is a paranormal investigator, writer and host of the Lights Out Podcast. She got involved in paranormal research while writing and researching her nonfiction book "Ghosts of the Illinois River" in 2010. Her fascination with ghosts dates back to her childhood, as she is an avid reader who was raised on Grimm’s Fairy Tales.  A few years ago, Sylvia was inspired to write a collection of people’s supernatural experiences at the Peoria State Hospital in Bartonville, Illinois. This project became the book "Fractured Spirits: Hauntings at the Peoria State Hospital." Both the book and Sylvia's research were featured on an episode of Ghost Hunters (“Prescription for Fear”, which aired January 30, 2013).  Sylvia lives in Illinois with her husband. She works at the Fondulac District Library and she also serves as the Publicity Director for Dark Continents Publishing. In addition to nonfiction, she also writes romance and horror.

Show Notes:
More on Sylvia: http://www.sylviashults.com/sylvia/
To get Sylvia's book Fractured Spirits: Visit Amazon, or check out the publisher’s website at www.crossroadpress.com. Your local independent bookstore would also be happy to order it for you from Crossroad Press.
Posted by Diane Student at 8:38 AM