We know sinkholes in Florida. Every so often, a piece of the Earth just opens up here and swallows houses and not long ago a whole resort high-rise fell into a sinkhole about 5 miles from our house. But Florida is not the only state plagued with these mysterious sinkholes. On the south side of Lake Michigan, in Indiana, one can find the "wandering dune" that rises over 100 feet. The dune is techniquely known as Mt. Baldy and tourists flock to it for the wonderful view of the Chicago skyline. Years of tourists treading over the grass that held the sand in place had trampled the grass and it no longer kept the dune from traveling. Quickly, the sand started moving and it was heading for the park’s parking lot. The park service closed the dune and replanted grass. Before the grass could firmly root, a six year old boy was walking on a part of the dune when he completely disappeared in 2013. It was quickly surmised that the dune had somehow swallowed the boy. It took three hours to locate and rescue the boy alive. Scientists were fascinated and decided to study what had happened because this was no ordinary sinkhole. Most sinkholes have some kind of water at their base that washes away that base causing the dirt to cave. This sinkhole had no water. Geologists tried everything to figure out what caused the phenomenon and were shocked when two more sinkholes opened up. Up to this date in 2017, the bizarre sinkholes remain a mystery and that certainly is odd!

In the month of July, on the 28th, in 1932, the Bonus March eviction in Washington, D.C. occurred. The Bonus March was led by General Douglas MacArthur, Major Dwight D. Eisenhower and Major George S. Patton. Six years after the end of World War I Congress enacted a bill to benefit the men who had served and survived during the war, but incomprehensibly the bill made the payout available in 1945. Many of these veterans were understandably upset, but the 1920s were prosperous and they made due. Then the Great Depression hit and these veterans became desperate and they needed that bonus money. The men organized a march of 15,000 on Washington, D.C. in May of 1932 and they called themselves the "Bonus Expeditionary Force." They did more than march. They decided to stay until they were paid and they built a shanty town out of scrap wood and iron. The House put forward a bill to give the Bonus Marchers their benefit, but the Senate voted against it. Congress then adjourned, but the marchers stayed. On July 28th, President Herbert Hoover ordered a force of tanks and cavalry under the command of General MacArthur to disperse the marchers and destroy their camp. The veterans were driven out and the shanty town was burned. The veterans would finally get their pay in 1936, nine years early, after Congress overrode a veto by President Franklin Roosevelt.

Legends of the Balkans (Suggested by listener Chris Klimovitz)

The Balkans historically has been a place of violence and for this reason, its borders are very fluid. The main countries that generally are accepted as a part of the Balkans are Albania, Bosnia and Herzegovina, Bulgaria, Croatia, Montenegro, Slovenia, Serbia, Kosovo, Romania, Macedonia and parts of Greece, Turkey, Italy and Hungary. This Peninsula of land is named for the Balkan Mountains, which in Turkish means "a chain of wooded mountains." The superstitions and legends of the region are rich. The legends that people are most familiar with from this region are those regarding vampires, but there is so much more here. Our listener Chris Klimovitz, who has been living in Albania, returns to the podcast to share his first-hand accounts of the legends surrounding cemeteries, witches and ghost in the Balkans.

After listening to Chris, it is clear that people living in the Balkan Peninsula are still a very superstitious people. Is there some truth behind these legends? Are there hexes and can the Evil Eye protect you? What of cemeteries? Should we be careful about pointing at tombstones? How do you feel about these legends? That is for you to decide!

Chris provided us with the following pictures from the area of Albania where he is living. He wrote, "These are some photographs from the old Byzantine era churches that date back to the 1200-1300s. All the pictures are from the neighboring villages to Peshkopi, Dibër County, Albania. The village is named Kerçisht. Over time the church and graves have been relatively abandoned but are starting to get some TLC. These churches are the ones that are said to protect the Korabi region of where I live in Albania. The hillside oversees the border between Albania and Macedonia and valley in the one picture is said to be part of where vampiric ghosts and witches abode. The people that live in this region take superstition seriously and the churches while enigmatic are respected. The graves are of old ethnic Macedonians and Bulgarians from the time of the Ottoman Empire and after Albania's independence in 1912. It is also said that a battle occurred here during the Byzantine empire and some of the knights are still buried around here, as well as some gold. War did occur here for certain, between ethnic Albanians and the Ottoman forces in the mid/late-1800s, and during the two World Wars. 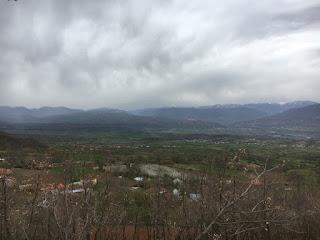 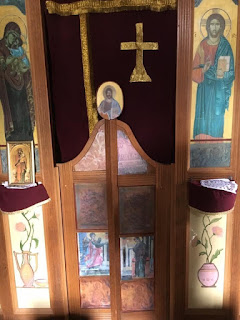 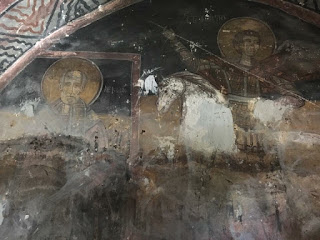 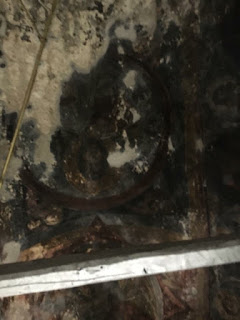 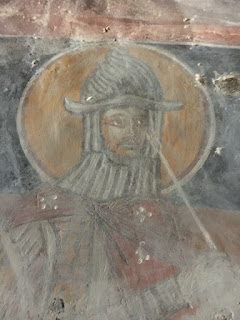 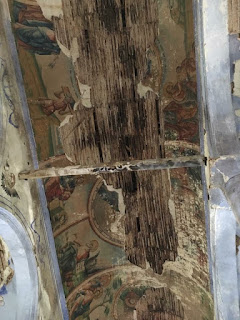 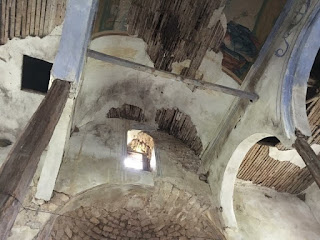 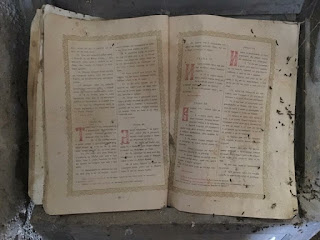 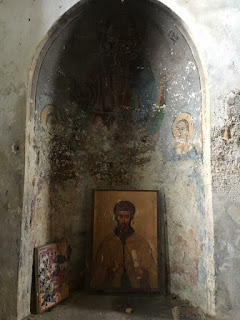 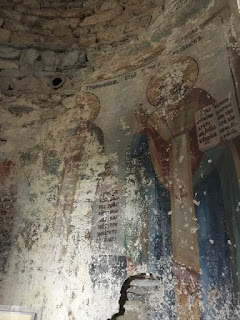 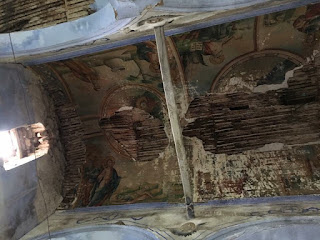 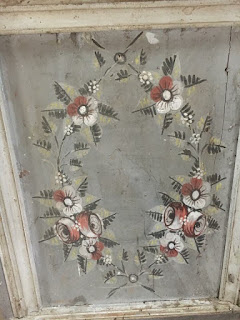 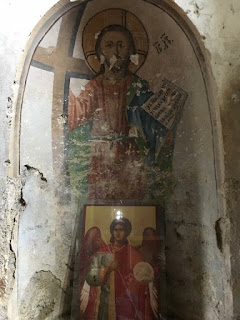 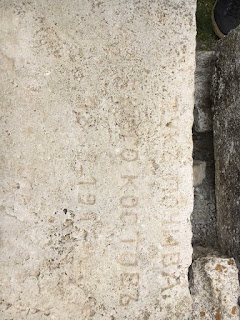 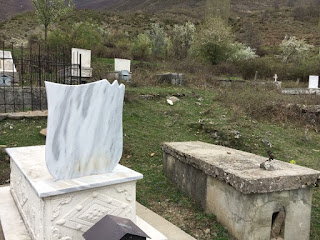 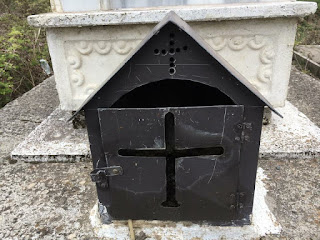 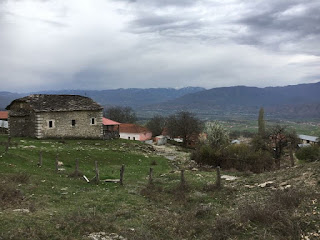 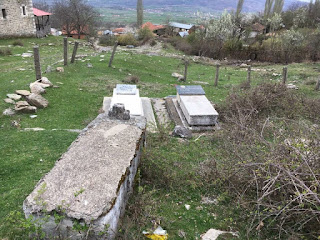 Posted by Diane Student at 7:00 AM