Moment in Oddity -The Little Woodcutter

A mysterious sculptor has been leaving his work around parts of Amsterdam. On January 30th in 1989, a little sculpture appeared in a tree in Vondlepark. The statue is diminutive, standing only 50 centimeters high. It is cast from bronze and depicts a man wearing work gear and leaning down with a saw in his hand. The saw is butted up against a branch as if the statue is attempting to cut the branch loose. He has been named "The Little Woodcutter." No one has claimed to be the creator of the art piece. No one saw the sculpture being installed, although Vondlepark sits across from one of Amsterdam's busiest squares. The piece was placed so securely that the tree has begun to grow around the woodcutter. The same sculptor has installed other works around Amsterdam that include several small men climbing the wall in the Anjelierstraat and a musician in the Town Hall. Why would a sculptor create works that he or she would not claim? Why place them secretly around a major international city? It certainly seems quite odd.

This Day in History - Coup of 18 Brumaire

On this day, November 9th, in 1799, the French Revolution effectively ended and Napoleon Bonaparte overthrew the government of the Directory and installed the Consulate in a bloodless coup d'état. It was officially called the Coup of 18 Brumaire. Brumaire was the second month in the French Republican Calendar. The day began with Napoleon's brother Lucien lying to the Directory about a coup in Paris. Most of the Directory resigned. Then Napoleon stormed the chamber of the Council of Ancients and after some resistance, they gave into his show of military force. He then moved onto the Council of 500 and they were very hostile. Napoleon was assaulted and nearly fainted. His military pulled him out. Lucien decided to lie again and he announced to the men guarding the Council of 500 that the Council was under attack. He pointed to Napoleon's bloody face for proof. The guards ran in and dispersed the Council and that was the end of the government. A constitution was drawn up giving Napoleon more power than either Council and he became Dictator. 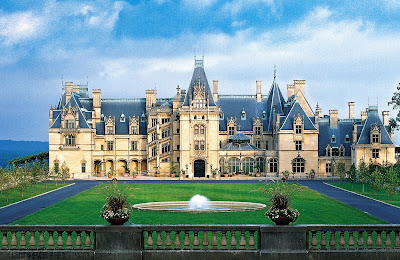 Many people have heard of the Vanderbilt family. They are a family of Dutch origin that amassed a huge fortune in transportation through both shipping and the railroad. Their prominence lasted through to the mid 20th century and then the "Fall of the House of Vanderbilt" occurred. Many of their mansions and other properties were torn down, but one survives today and is considered the largest home in America, the Biltmore Estate. It is a beautiful home that housed George Vanderbilt II's family at one time. And it just may still house the family in the afterlife. Could it be that this impressive mansion is haunted? Come with us as we explore the history and hauntings of the Biltmore Estate.

In 1784, William Davidson and his family traveled over the Blue Ridge Mountains and so loved the area they found themselves in, that they decided to stay. Other settlers followed and within a year, a permanent settlement had been established that would come to be known as the city of Asheville. It was given that name in 1797 and was named for the then Governor, Samuel Ashe. As roads continued to bring people into the city, it began to flourish and soon became known as a resort town. The scenery here is breathtaking and it is no wonder that the area attracted George Vanderbilt.

George Vanderbilt II was born in November of 1862 in Staten Island New York to William Henry Vanderbildt and Maria Lousia Kissam. He was the youngest of the Vanderbilt children and by the time he reached his mid 20s he had inherited upwards of 12 million dollars from both his father and his grandfather. The Vanderbilt family had amassed the first real great fortune of the Industrial Age. They built mansions everywhere, picking prime real estate locations. It all started with Cornelius who used his business savvy to turn $100 into a great fortune through the steamship businnes and then the railroad. Cornelius was a bit of a scoundrel though. He was known to be illiterate and would curse and spit a lot and had a penchant for fondling the maids. After his wife died, he married his cousin who was 43 years his junior. At the time of his death, he had more money than the US Treasury. George's dad William would best his father, who thought he would be a failure, and doubled the family fortune that would equal $300 billion in today's dollars. The family would fall from these heights and a grandchild would eventually die penniless. It took only a generation for the family members to spend the family fortune. This is how oppulentantly and foolishly this family lived.

George's older brothers ran the family business and he was able to spend more time doing the things he loved. He worked the family farm and eventually took a short trip with his mother at age 26 to the Blue Ridge Mountains. They visited the town of Asheville and after falling in love with the area, he decided to build his country home there. Construction began on the Biltmore House the next year, in 1889, and would continue for 6 years. There were so many workers and the building took so long that Biltmore Village was created to house everyone. This was at the time, a state of the art company village. Today, it has become a wonderful shopping district with everything from antiques to galleries to restaurants to shops.

The Biltmore Estate was built in the French Renaissance style and designed by architect Richard Morris Hunt. By the time construction wrapped in 1895, it had 252 rooms, 33 bedrooms, 43 bathrooms, 65 fireplaces, 3 kitchens 16 chimneys, a 12,000 foot carriage house (for his 20+ carriages), and was 178,926 square feet. This made it then, and still, the largest privately owned home in America. It was fixed with electricity, heat, elevators, and an intercom system, all of which were very rare luxuries at the time. George's bedroom as well as his wife's are both located on the second floor along with many extravagant guest rooms lining the halls filled with portraits and priceless works of art. There is a two story library on the first floor. It sits at the end of a 90 foot long tapestry gallery and housed over ten thousand volumes in various languages. George was an intellectual man and enjoyed sitting in the library and soaking in the knowledge these books possessed. The third and fourth floors housed the servants in 21 bedrooms as well as an observatory overlooking the blue ridge mountains.

There was a billiards room for men and women visiting the estate. In this room there was a standard pool table and comfortable seating to share drinks and company. More interesting though was a secret door in the room. No women or house servants were allowed to enter through this door. It took George and his guests to a smoking room for cigars and brandy as well as to the gun room where George's gun collection and trophies were on display. In the basement there was a 70,000 gallon swimming pool with heated water and lighting as well as a gym and one of the first private bowling alleys in the US. Also in the basement were many of the service rooms. Laundry was cooked here and food prepared in one of the two kitchens in the basement. they even had a form of refrigeration which was state of the art for the time.

In 1914, George passed away after complications from an appendectomy. He was 51 years old. The house was opened to the public in March of 1930 during the great depression. Visitors could come and tour the home during the day. This was a request by the city of Asheville to gain funds for tourism. They closed the doors in 1942 to house valuable artwork. The US feared an attack in Washington DC and transported 17 sculptures and 62 paintings to the Biltmore for safe keeping. Among these were the works of Rembrandt, Raphael, and the portrait of George Washington by Gilbert Stuart. The house was eventually opened to the public again in 1956 and put on the national register of historic landmarks in 1964.  The home has appeared in various films including Forrest Gump, The Last of the Mohicans and Patch Adams.The home now houses an inn, a vineyard, shopping and dining options, and hosts more than one million visitors each year.

George loved his home and the Blue Ridge Mountains. Steven has been there and agrees that the area is gorgeous. He couldn't imagine anyone would ever want to leave. It would seem many people stick around, even after death. Those people include members of the Vanderbilt family. Many visitors to the Biltmore have heard a voice whispering the name "George" and many think this may be his wife whispering to her beloved husband. Many have also seen an unidentified woman in black. They say she is wailing, crying as if her heart is broken. No one knows for sure the identity of the woman in black. Some who work at the house have heard crying at night and have found a diary of a woman who lost two young children while living in the house. Could this be the mysterious woman in black? Is it George's wife?

The library seems to be a center for activity as well. Visitors have reported feeling a cold gust of wind on the back of their neck and getting dizzy and nauseated. Employees of the estate have reported seeing George himself sitting in a chair in the library on evenings when storms are rolling in. This would fit with his accounts of reading when it was not proper weather for riding. Many people say they feel an anxiety starting in the bowling alley and growing as you pass into the locker room. When they step into the pool area, many feel as though they are having a full blown panic attack. A few accounts also speak of a woman in black floating beneath the waters surface, but the pool has been drained for years, so how this is possible, we don't know. Some people even feel a violent feeling in the room and claim to hear splashing and children playing. There are a few accounts of folks feeling as though water was dripped onto their arms. There was a rumor that a child had drowned in the pool, but we were unable to find ANY records of this happening and most chalk it up to an urban legend. There still remains an eerie feeling in the room of being watched.

There are two areas in which I have had some feelings. The one that is reported on the most is the indoor pool. The pool has since been drained and is just a large indoor tile room. When I visited last time, I felt very uneasy in that room. I got sad and really felt like I needed to get out of there quickly. Luckily it was a self guided tour and I was able to step out and move on in the tour. I thought maybe I just was not feeling well, but on researching, this is the most commonly reported occurance in the home. I also got an uneasy feeling in the hall and kitchen area of the basement. This is also something people report often, which makes me think it is not just some coincidence. In fact, people report uneasiness all over the house as if they are being watched or as if they are intruding on this family's home.

Show notes:
The Fall of Vanderbilt  http://www.earlytorise.com/how-the-worlds-richest-family-went-broke/
Posted by Diane Student at 7:46 AM