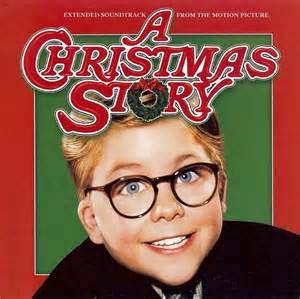 My how the year has flown and Christmas is upon us!  My annual tradition of watching the "A Christmas Story" marathon is well underway.  I so adore this movie that I watched for the first time in the movie theater when it was released in 1983!  My parents were out of town and my sister and I were staying at a friend's house and we decided to go see the movie.  As a girl, I didn't quite "get" the whole air gun thing, but I enjoyed the comical elements.  As an adult, I came to understand the themes of the movie and as someone who feels they are an old soul, I really appreciated the time period that the story is set within, which is never indicated in the movie but could easily be early forties based on the decor.

The movie was directed by Bob Clark and based on the stories of Jean Shepherd, whom also narrates the movie.  The store that was used for several scenes in the movie was a well known store by the name of Higbee's in Cleveland, Ohio.  The store was named after Edwin Converse Higbee who began his traverse into stores with the Hower and Higbee Dry Goods store he opened with a partner.  After the death of his partner, the store name changed to Higbee Company.  The new department store known simply as Higbee's, opened in September of 1932 in the Terminal Tower Complex.  It was the first department store in the area and had twelve floors with an elegant restaurant, The Silver Grille, on the tenth floor.  Higbee's was known for its elaborate Christmas displays and was a major part of the golden age of department stores, which are nearly a thing of the past now.  In the 1960s, the store underwent a renovation adding magnificent crystal chandeliers to the front entrance aisle.  The 60s also saw the Higbee brand expand into six stores.  In 1992, Higbee's was bought by Dilliard's and then eventually closed for good in 2002.  It was the last department store in the area at that time. 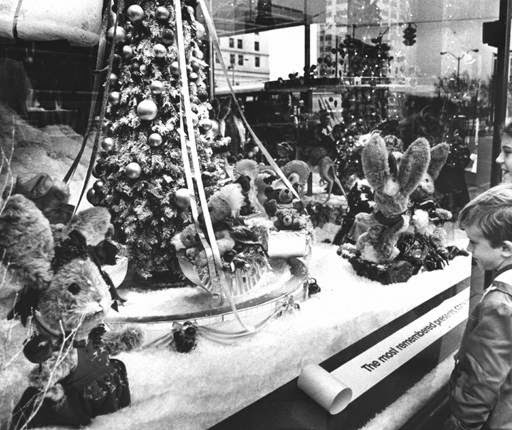 The house that was featured as the Parker's home is in the Tremont section of  Cleveland's West Side.  Today it has been renovated to match the way it appeared in the movie and has been opened for tours and across the street is the "A Christmas Story House Museum" that features movie memorabilia and a gift shop.

The movie and story may not be a classic in the lines of "A Christmas Carol" or "It's a Wonderful Life," but for my generation it is a classic that will be around for decades to come. Now...I wonder if the place is haunted?
Posted by Diane Student at 6:32 AM

Email ThisBlogThis!Share to TwitterShare to FacebookShare to Pinterest
Labels: A Christmas Story, Christmas